In this post our guest author GEO JOLLY has shared his review of the famous Samsung Galaxy S II .You can also shout your tech at MyTechShout.com.If you like to write for us do check out our Guest Posting Guidelines or join us here

Its breathtakingly brilliant, Its Slim, Sleek and Freak . Even though its lean and slim its powerful than any other contestants with huge potent. Mytechshout is not shouting about a new public figure but a ‘drug’ to many gadget lovers. Its the greatest ever smartphone released and its name tag is ” Samsung Galaxy S II  ”

Unlike other smart phones with generated some mixed sensations in nerves and failed to question the legacy and brand power of Apple iPhone 4, Samsung fired out this ‘classic’ gadget and now stand with the crown of  ‘Best smartphone and Gadget of 2011‘. With the release of this unique product, they questioned Apple’s stand and also injected an instinct  among juvenile to ‘earn it’.

“First Impression Is The Best Impression ” , in my first look of the Galaxy S II itself I was moved by the slim and elegant design it offers. Unlike other power brands I found something attracting and glueing in the craftsmanship of the gadget. Like others, I too loved the placement of camera at the back and body case shining upon too add some spice.

This is the second phone after LG Optimus 2x to own a dual-core process. The gregarious ARM Cortex A9 processor is crafted and glued on Orion Chipset and Mali 400MP GPU. To add more effectiveness the phone is pre loaded withAndroid 2.33   . The combination of dual core processor with Android and Samsung Touch Wiz 4.0 UI proves to be the best combination of processor and OS available right now. All techies would like to own it because of the very reason I am writing on. The Android store, Game Hub, Social Hub, Readers hub, Polaris office, task mangers , Samsung store add more spice and make its as the best phone offering this much services to its users. Even though its equipped with many Apps its performance is stunning. The silky smooth interfaces open and loads everything in a flash, multi tasking could be done at the very extent with no troubles in the Galaxy S II . Gaming experience was mind blowing too,thanks to the processor and display . 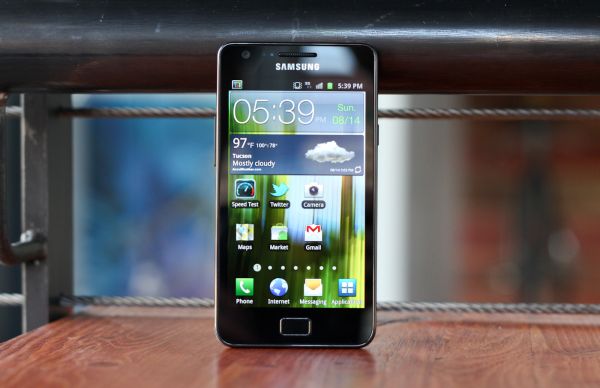 While holding the S II, what strikes you first is the great display its owns. The 4.3 inch S II is accompanied with 2 touch base keys namely for menu and return spaces. Unlike other Smartphones available in the market S II lacks a search button, may be Samsung  aimed to revolutionize by eliminating it.  AMOLED Plus with 480×800 resolution display is magnanimous and really adorable since it offers a great mobiling experience for its ‘addicts’ . Switching on the phone your eyes will be vibrant with vivid colors jumping and bouncing at you. Further, the display gets branded when you are buffering High-Definition videos and images in the gadget. More interesting statistics to be shared is that even at 10 % brightness level in indoors you will get excellent visibility ! I think this statement is enough for you to conclude what its display offers and how much worthy and noble it is. 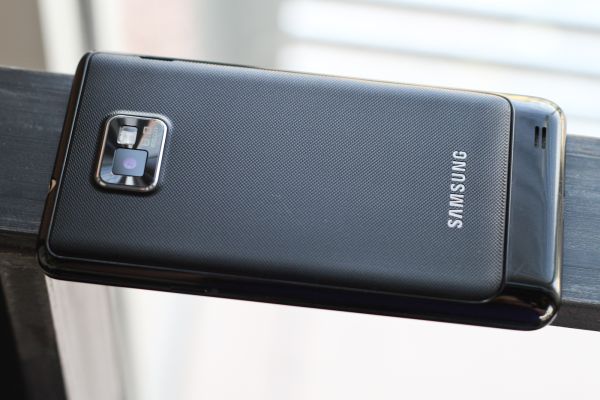 “Change Is Inevitable, since it means innovation over ruling existing conspiracies ” . I too was a part of groups which strongly argued that the camera quality is best with Sony. But now such conspiracies was over ruled and burnt by camera experience with Galaxy S II. The 8 Mp camera with LED flash is innovative and great, it offered a CyberShot experience when I was  taking some snaps in indoors and outdoors as well.  Recording of the video also prove to be special and impressive compared to all other smartphones in the range.

Networking specifications is not to be mentioned since you all are brilliant enough to guess what it will offer. While making test calls I was moved by the stunning call quality offered by it, every thing was heard clean and neat without much disturbance.  The battery too gave amazing results by giving us a back up of two days which is quite brilliant for phones with a spectrum of specs to offer.

Totally its a phone of the decade. It offers everything you need and every thing you want. It will give you unique tabbing experience and browsing experience too. Its sounds well , displays well, works well, and runs, well. When “All is well” whats the need to be panic ! just run to the Samsung stores and grab one today itself by paying a prise of Rs 32,890. .

Take a look at the official site here https://www.samsung.com/global/microsite/galaxys2/html/

Android vs iphone features which is the best