iOS 11 was released by Apple at its Worldwide Developers Conference 2017 June 5. It big improvements over its iOS 10 predecessors. iOS 10, is the most recent version of Apple’s mobile operating system.It was first shown off at WWDC 2016 before being released alongside the iPhone 7 and 7 Plus in September. 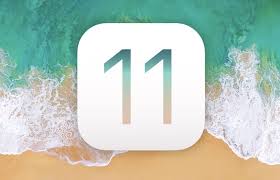 iOS 11 beta updated with new features that are suitable for iPhone 7s and/or iPhone 8. The first version of the iOS 11 has some bugs and some issues. So Apple decided to release the second beta with multiple improvements. It can be extremely worthwhile taking a trip down memory lane to revisit the time taken between previous beta releases.

You start to get an understanding that Apple usually works on a two-week release schedule in order to get new builds into the hands of developers. The amount of time is different to changes on a platform of this nature.

Based on the previous release we should be expecting the second beta of iOS 11 on or around Monday, June 19th, 2017. There is an another possibility of Apple releasing iOS 11 beta 2 on Monday, June 26.

Finally the new version of iOS and interacting with new features and refinements.iOS 11 Beta 2 comes with pushes the existing bugs and add some additional features.